950 Views
Torque News
Toyota wants to offer an electric option to all of its vehicles within the foreseeable future. It has started from the Prius and not many people know that Toyota offers a hybrid option in a three-row 2020 Highlander.

Jeff Teague of Torque News is talking to Tom Kretschmann of Toyota about the carmaker’s upcoming hybrid and alternative fuel electrifying plans. In the next few years, Toyota is trying to increase the number of vehicles in the electrified and alternative power plants to 25 percent from the current 9 percent.

Toyota wants to give every vehicle that they offer an electrified powerplant option. That can be anything from hydrogen to hybrid and to even a battery-electric powerplant.

The 2020 Hybrid Highlander’s interior is beautiful, the styling is exciting. It’s bold, it’s aggressive and we think the people are going to really like the 34 miles a gallon combined range. Read more at www.torquenews.com/6626/first-look-2020-toyota-highlander-hybrid-limited-pictures

Then Kretschmann discusses the benefits of the Hydrogen Fuel Cell technology as you see in the Toyota Mirai, which we covered a few days ago here www.youtube.com/watch?v=gHzoaJop6OY

But the real breaking part of this interview is that within the next foreseeable future Toyota wants to offer an electric option to every vehicle that they currently offer. And that’s going to be coming up very soon.

Reported by Torque News reporter Jeff Teague who brings daily Toyota coverage to www.TorqueNews.com/Toyota. Please follow Jeff at twitter.com/Toyotajeff1 and on his Youtube Channel at www.youtube.com/user/toyotajeff1/videos 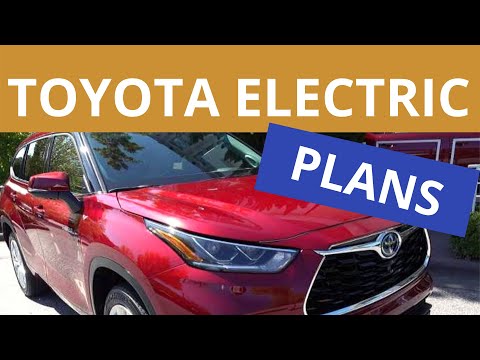 Toyota wants to offer an electric option to all of its vehicles within the foreseeable future. It has started from the Prius and not many people know ...